Witnessing the uniformity of the alternative media response to Assange’s removal from the Ecuadorian embassy demonstrates that precious few commentators are willing to discuss the numerous ‘red flags’ in his story. It would seem therefore that it is this reluctant sleuth’s duty to lay them out.

There are perhaps 5 main points to consider here:

Assange’s early years, according to his Wikipedia page:

“Julian Paul Hawkins was born on 3 July 1971 in Townsville, Queensland, to Christine Ann Hawkins (b. 1951), a visual artist, and John Shipton, an anti-war activist and builder. The couple separated before their son was born.

When Julian Hawkins was a year old, his mother married Richard Brett Assange, an actor, with whom she ran a small theatre company and whom Assange regards as his father (choosing Assange as his surname).The surname Assange is a Westernization of the Chinese name Au Sang, from a Taiwanese man who married a Torres Strait Islander woman on Thursday Island. His mother had a house in Nelly Bay on Magnetic Island, where they lived from time to time until it was destroyed by fire.

Christine and Brett Assange divorced about 1979. Christine Assange then became involved with Leif Meynell, also known as Leif Hamilton, a member of Australian cult The Family, with whom she had a son before the couple broke up in 1982. Assange had a nomadic childhood, and had lived in over thirty Australian towns and cities by the time he reached his mid-teens, when he settled with his mother and half-brother in Melbourne, Victoria.”

For an overview of The Family, let’s again turn to Wikipedia:

“The Family — also called the Santiniketan Park Association and the Great White Brotherhood — is an Australian New Age group formed in the mid-1960s under the leadership of yoga teacher Anne Hamilton-Byrne (born Evelyn Edwards in 1921). The group’s headquarters was raided by the police on Friday, 14 August 1987, and all children were removed from the premises.”(…)

“Anne Hamilton-Byrne acquired fourteen infants and young children between about 1968 and 1975. Some were the natural children of members of The Family; others had been obtained through irregular adoptions arranged by lawyers, doctors, and social workers within the group who could bypass the normal processes. The children’s identities were changed using false birth certificates or deed poll, all being given the surname “Hamilton-Byrne” and dressed alike even to the extent of their hair being dyed uniformly blonde.

The children were kept in seclusion and home-schooled at Kai Lama, a rural property usually referred to as “Uptop”, at Taylor Bay on Lake Eildon near the town of Eildon, Victoria. They were told that Anne Hamilton-Byrne was their biological mother, and knew the other adults in the group as “aunties” and “uncles”. They were denied almost all access to the outside world, and subjected to a discipline that included frequent, severe beatings – often for little or no reason – and starvation diets.

The children were frequently dosed with the psychiatric drugs fluphenazine, diazepam, haloperidol, chlorpromazine, nitrazepam, oxazepam, trifluoperazine, carbamazepine, or imipramine. On reaching adolescence they were compelled to undergo an initiation involving LSD: while under the influence of the drug the child would be left in a dark room, alone, apart from visits by Hamilton-Byrne or one of the psychiatrists from the group.“

The cult’s founder, Anne Hamilton-Byrne, was a psychiatric nurse at the private Newhaven Hospital, which was owned and run by cult members, and where LSD was illegally administered to patients. After the cult and the long-term abuse of its adopted children was uncovered, Hamilton-Byrne was not charged, and only had to pay fines and compensation, which given her vast wealth, wouldn’t have been much of an imposition on her. Likewise a commission into the illegal use of LSD at the hospital run by its members stated that no evidence could be found for the accusations. Further, in ‘The Family Diaries’, written by cult co-founder Raynor Johnson (member of the spooky – no pun intended – Society for Psychical Research in London), we learn that Hamilton-Byrne’s deceased husband had been in air-force intelligence. [link]

All of the above suggests that the cult and its hospital were part of a deep state / intelligence experiment, and their activities were covered up accordingly.

While there’s no solid evidence for Assange having lived with the cult, it should be noted that his mother’s partner was a member, and that some of the photographs of the children of the cult show a young boy that looks very much like him. His official biography has him and his mother constantly moving, with his having attended 37 different schools; this would of course serve as a convenient cover story if the truth were in fact different. And as already pointed out, when he was convicted for hacking, he was given a very lenient sentence, in part due to his ‘disrupted childhood’.

Very curious in this regard is the fact that Hamilton-Byrne dyed the chlidren’s hair peroxide blonde, a practice which Assange has seemingly continued himself, as it appears that his natural hair colour is actually brown, as can be seen in numerous photos. This article [link] goes into the likelihood of Assange’s having lived with the group; however the point to underline is this: Assange’s mother’s partner was a member of the cult – a cult which was coercively adopting and drugging children, and was treated extremely leniently when this was discovered. Therefore, even if Assange didn’t live with the group, he would have been under the influence of someone who presumably knew about and approved of these practices, which means that it’s entirely possible that he himself was exposed to them.

“During the late 1960s and the 1970s, Newhaven Hospital in Kew was a private psychiatric hospital owned and managed by Marion Villimek, a Santiniketan member; many of its staff and attending psychiatrists were also members.

Many patients at Newhaven were treated with the hallucinogenic drug LSD. The hospital was used to recruit potential new members from among the patients, and also to administer LSD to members under the direction of the Santiniketan psychiatrists John Mackay and Howard Whitaker. One of the original members of the Association was given LSD, electroconvulsive therapy, and two leucotomies, also called lobotomies, during the late 1960s.

Although the psychiatric hospital had been closed down by 1992, in that year a new inquest was ordered into the death of a Newhaven patient in 1975 after new claims that his death had been due to deep sleep therapy. The inquest heard evidence concerning the use of electroconvulsive therapy, LSD, and other practices at Newhaven but found no evidence that deep sleep had been used on this patient. The Newhaven building was later reopened as a nursing home with no connections to its previous owner or uses.”

“Newhaven Hospital’s reputation was further damaged by the activities of Anne Hamilton-Byrne who worked there as a psychiatric nurse during the sixties and seventies. She, with several members of staff, recruited vulnerable patients for her sect, The Family.

In 1975 the production and administration of LSD-for medical and other purposes-was banned, but as recently as 1991 the Newhaven Hospital Victims Action Group (NHV AG) continued to pressure the Victorian Government, writing to every MP, calling for a Royal Commission into the Newhaven Hospital.

Maureen Lyster, then Health Minister, replied that the use of hallucinogenic drugs at the time in question was strictly monitored and that there was insufficient evidence in the letter from NHVAG to require further action by the Health Department.

There was a report produced by the Victorian Health Commissioner in 1991, which was referred to in the press, but it seems that it was either not completed or not officially published.”

If the above hasn’t set alarm bells off for you, then presumably you’re unfamiliar with the efforts to use LSD in the creation of Manchurian Candidates through MK-Ultra and related programmes.

When someone who purports to be undermining the activities of the intelligence services has intelligence fingerprints all over their biography, and to boot has precisely the qualities you’d expect in someone who’d been experimented upon in this way, then surely it would serve to be extremely wary of them, especially when the alternative media has portrayed them in the ‘dissident hero’ role. The touchstone for all of this might be to ask whether Wikileaks’ activity has seriously damaged the Money Power.

Assange may very well be a victim of this monstrous system that weaponises human beings, and for this reason everything that we’ve been told about him should be questioned. With intelligence, all is theatre – their job is get you to buy their narratives. Caveat emptor.

Dave Emory of Spitfire has also looked into this question extensively. [link]

[Program Highlights Include: The group’s excessive secretiveness; the group’s lack of candor about their sources of financing in particular; pharmaceutical company Sandoz’s alleged dispensing of free LSD to Family; partial discussion of WikiLeaks’ connections to the milieu of Pirate Bay and Swedish fascist financier Carl Lundstrom; the Hamilton-Byrne cult’s “caring” for Lord Casey, the Australian cabinet member charged with oversight of the Australian intelligence agency; the Hamilton-Byrne cult’s close association with Catholic psychologist Ronald Conway; Conway’s alleged molestation of people associated with the cult; Conway’s role as an expert commentator on the Church’s molestation scandals; a Time magazine review that reinforces the hypothesis that Assange was part of the Hamilton-Byrne cult.]

Likewise, Rich Planet TV have a presentation that goes into various aspects of the Assange story:

And here are a couple of recommendations for presentations on MK-Ultra and LSD. 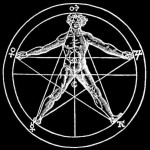