The Russian war in Ukraine has accelerated the rising trend toward multipolarity (or even a multi-order order) within international relations.  The Western retaliatory sanctions against Russia have pushed the BRICS nations and their economic allies closer together. The conventional wisdom is that the 21st century will be “The Eurasian Century” just as the 20th century is considered to be “The American Century.” Certainly, many highly insightful economists, social scientists, and theorists of international relations have adopted this view (Joel Kotkin is a good example). Others, like Peter Zeihan, are skeptical of the sustainability of Eurasianism and believe that Atlanticism will ultimately prevail with the rise of China and the seeming revitalization of Russia being only temporary, even if the global reach of Americanism also recedes.  A particularly interesting aspect of the Ukraine War has been the increased assertiveness of Europe, particularly Germany. The evidence is overwhelming that the transnational elites of Europe are working toward a “United States of Europe” that asserts itself in response to the decline of the global hegemony of the United States of America. At the same time, both Euroskepticism and anti-totalitarian humanism are powerful currents in Europe, as evidenced by the success of Brexit, the popularity of figures like Le Pen in France, and the reelection of Orban in Hungary and Vucic in Serbia.

The US culture war has largely been exported to much of the world given the pervasiveness of US cultural and media influence around the globe. As Thomas Piketty points out, a variation of the red/blue culture war exists in nearly all Western democracies with the “left” representing the Brahmin class and rising elites among traditional outgroups, and the “right” representing the merchant class, petite bourgeoisie, and traditional proletariat (which indicates the limitations of classical Marxist analysis to contemporary Western class conflict). In Europe, the transnational elites, centrist-liberal, social democratic, left, and Green parties typically represent the European version of the “Blue” tribe while the populist, nationalist, and Euroskeptic parties tend to represent their version of the “Red” tribe. Similar tensions are developing elsewhere, including Oceania, the Pacific Rim, Latin America, and even parts of Africa and the Middle East. The Eurasian powers have largely positioned themselves as the international version of the Red Tribe, in the sense of claiming to stand for traditionalism, nationalism, conservatism, religion, “family values,” or something comparable, against the commercialized woke liberalism of the West. The East-West conflict that has become more pronounced since the Ukraine War began could be said to be the international version of the Red Tribe/Blue Tribe conflict in the United States (the mother country of the global liberal-capitalist empire identified by Hardt and Negri), and the Brahmin/Dalit vs Merchant/Shudra conflict in the general West.

Anyone who has been a regular or long-time reader of mine will know that totalitarian humanism is a term I started using about 15-20 years ago to signify the emerging synthesis of the “woke” (as it is now called) social, cultural, and moral paradigm with liberal-imperialism (particularly the neocon “global democratic revolution”  model or Samatha Power’s humanitarian imperialism concept), capitalism (particularly the rising digital capital revolution) and the Kafkaesque model that the modern state has assumed. I used to actually use the term “liberal Nazism” to identify the same paradigm because I quit using it because I didn’t want to be identified with neocons like Jonah Goldberg or Dinesh D’souza, the guys who push the “Democrats are the real racists” line and all that stuff. The neocons are merely the right-wing of totalitarian humanism who think the left-wing of totalitarian humanism has gone too far, is moving too fast, or is strategically flawed. Additionally, the Ukraine War has witnessed the left and right wings of totalitarian humanism essentially taking the same positions on international relations (as they usually do anyway).

More recently, some hardline tankies have been using the term “liberal Nazism” to describe NATO and the EU, which they consider to be more or less a liberal version of lebensraum.  As for tankies, when it comes to Marxism-Leninism generally or Stalinism/Maoism specifically, I actually agree with the Bakuninist critique of Marxism, the left-anarchist and left-communist critique of Leninism (like Emma Goldman or Noam Chomsky), the Antony Sutton critique of Soviet (and, by extension, Chinese) technological and economic development, James Burnham’s concept of the managerial revolution, and the “New Class” critique of Communism you find in Milovan Djilas and writers like Arthur Koestler. So ultimately I would have zero in common with tankies although I find their irreverence entertaining. I generally consider the tankies to be the Eastern world’s or pro-Eastern world’s version of MAGA, Le Penism, Faragism, Orbanism, Poland’s Law and Justice Party, i.e. the international Red Tribe. The world is fragmenting into woke and anti-woke nations and nations are internally fragmenting into woke and anti-woke factions, broadly defined.

It’s definitely weird how in the West today Communism is now right-wing extremism, ultra-liberals like Taibbi and Greenwald are now conservatives, neocons (the descendants of Trotyists) are the center-right, de facto Rockefeller Republicans are liberals and the far left is about drug use, sexual orientation, occultism, counter-culture, anti-clericalism, etc. which was formerly considered to be the prerogative of decadent aristocrats. Not coincidentally, serious tankies in the USA have increasingly expressed sympathy for MAGAism and populism at least for strategic purposes. As Caleb Maupin has said, ” US imperialism adopting a “woke” pseudo-left ideology after fighting actual Communists for 100 years is a lot like the Roman Empire converting to their own brand of reinvented Christianity after persecuting Christians for centuries. Doubt it will save this empire either.” Totalitarian Humanism is the new Constantinianism.

There is no need for anarcho-pluralists or pan-secessionists to take sides in battles between Atlanticists, Eurasianists, Red Tribes, or Blue Tribes. You can if you want to, of course. But there is no need to. From William Loyd Garrison to Benjamin Tucker to Kropotkin Anarchists, there is plenty of precedent for anarchists taking sides with the state for the “right” cause, although at least some of those may have been mistaken. Anarcho-pluralism is about providing every group with the opportunity to create the utopia of their choice and succeed or fail according to their own merits.

The pan-secessionist strategy is so far working in the USA. There is no inherent reason why it would not work in many other places as well and along the same kind of geographical and cultural lines. The four basic stages of pan-secessionism: 1. Ideological and cultural migration. 2. Creation of sanctuaries. 3. Formation of startups. 4. Formal separation. 5. Defensive confederation (if necessary). Examples of successful pan-secession include 1. American Revolution 1776 2. Sweden/Norway 1905 3. India/Pakistan 1947 4. India/Bangladesh 1971 5. Collapse of USSR/Warsaw Pact 1989-1991 6. The Czech Republic/Slovakia 1993 7. Britain/European Union 2020.

The fracturing of unipolarity, the expansion of America’s culture war to other nations, and the internal fracturing of various nations is a major step forward for global pan-secessionism. Pan-secessionist sentiment is now 1/3 of the US population. The globalization of the American/Western culture war will hopefully produce the same level of fragmentation everywhere.

Peter Zeihan predicts an anarchic world to come where American imperialism has receded (even if America remains a world economic and cultural power)  but where Russia and China have internally collapsed and perhaps even fragmented into multiple countries. Zeihan’s prediction of a future world where the USA, Russia, and China have all either imploded or receded with Europe, Turkey, Iran, Japan, and Argentina being the rising powers would be a welcome turn of events for anti-imperialists, anti-globalists, and decentralists. If such a process unfolds, many opportunities will be present in the future for radical decentralists, although we certainly can’t count on that. Afghanistan and Iraq were the beginning of the end of the US empire. Hopefully, Ukraine will be the beginning of the end of the Russian Federation. Russia has 22 republics, a great many of which were very jealous of their autonomy to the point of secessionism in the 1990s; such sentiment could easily erupt again. It is also possible to envision Tibet and Xinjiang eventually separating from China, and Eastern China also separating and becoming more like the Pacific Rim. We need sister pan-secessionist movements in countries around the world, particularly the ultra-imperialist or expansionist ones. And an insurgency by small nations is the way to resist major power hegemony. No Russia, No China, No Atlanticism.

A more conventional prediction is the rise of Eurasia and the decline of the West in terms of global power, influence, and economic dominance. Another possibility is a return to the world of 1500 AC/CE where Europe is its own civilization but with limited international reach. Russia is likewise limited in the scope of its reach. China is the de facto most advanced international power, but not a transcontinental empire or a global hegemon. Islam, Africa, South and Southeast Asia, and the Americas are all doing their own thing. But whatever the geopolitical future, cultural fragmentation provides a means of dissolving large states and constraining the maneuverability of even smaller states.

The anarcho-pluralist meta-political paradigm and the pan-secessionist meta-strategic paradigm are intended for use by all types of anarchists, decentralists, libertarians, communitarians, or utopians, but it is also intended for use by folks of any ideological, cultural, religious, ethnic, economic, tribal, lifestyle, issue-based, or other orientation. A multi-polar or multi-order world provides a greater opportunity for an infinite number of human groups to achieve a greater level of self-determination. 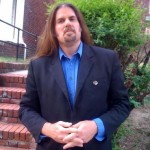